Hmmmmm… I should have blogged about it whilst it was fresher in my mind last night. C’est la vie. And now, looking back on what’s turned out to be 2 whole pages LOL of my thoughts, I’m hoping this comes out well and doesn’t offend anyone along the way.
What’s really encouraging is that I hear tickets have been sold out, and that they are extending the show a further 4 nights, that is FANTASTIC news for the theatre industry. And Natrah isn’t even a musical, it’s a straight play. Well, I assume it was meant to be just a straight play, and that the song and dance sequences were an afterthought.

Sofia Jane is engaging in her monologue as the older Natrah. Erma can always rely on tried-and-tested steady actors like her, Umie and Samantha to deliver the goods, and they did. Sometimes I like to see an actor give herself more of a “journey” though, especially when delivering a 15 minute piece like she had to, so he or she starts at a certain point and continues to grow and develop along the way, and you keep me as the audience glued cos I want to know how this could surprise me at the next corner. However, this may well be a directing choice, to have the actor hold the same intensity throughout the piece.

Between the older and younger Natrah character, if I wanted to nit-pick, I’d say the one flaw would have been the very different accents both actresses chose. The older Natrah spoke in Bahasa Indonesia, whereas Maya’s Natrah spoke Bahasa Malaysia. It’s no major issue, but I wonder where the Indonesian accent would have come from if she had lived her next 40 or 50 years in Holland and never had one (the accent) as a child.
Umie was flawless in her portrayal of Aminah. She looked the part, and I could see the natural mother in her come through in many well-played scenes. She had me in tears in the scene where Natrah is forcefully taken away from her mother. Puteh’s last words were “Puteh tunggu Mak” or something to that effect, very heartbreaking.

In the following scene, mother and daughter are united at the Convent Natrah is being kept in. I expected a real emotional, joyous moment of reunion to follow, after that painful separation. I know I would have been all over my daughter, not allowing her out of my sight throughout the time I was with her. It would have been a wonderful opportunity to affirm the mother-daughter bond between them. Instead, her friemd Mak Wok joins her, with her son Mansor Adabi, who is introduced to Natrah at this point. Minah and Mak Wok leave the couple to “get to know one another”, and they have a little eyelash fluttering moment. I, as the audience, am left feeling Aminah didn’t really need to go through all that drama in the previous scene, she looked quite unaffected by events by the time they did get reunited.

Anyway, Mansor later marries 13-year old Natrah. I’m looking at the pair on their “wedding” night, and Mansor tells Natrah, “I have made a promise to your mother that I will not touch you till you til you are old enough to properly be my wife” but the body language of the actors were telling me SUMTHIN ELSE, honayh! It took the purity out of the relationship in a sense for me. And Mansor Adabi was depicted like any other lustful man, maybe able to hold his naughty thoughts one, twice… but who knows what might just happen when the devil comes a-knocking a third time? Hee hee..
One of the more powerful scenes for me was when Erma had the 3 women in their solo spots, and we get into their heads and hearts and hear their anguish and their individual suffering. I felt for Samantha as Adeline, the Dutch mother who has lost the daughter she gave birth to. I must say this was the most fair depiction of the Natrah tale I’d heard so far.

The bummer for me came at the end of this scene, when Mansor Adabi breaks into a song, and Maya’s Natrah is joined by an ensemble of dancers and she breaks into modern ballet movements. Another beautiful moment crushed for me.

Erma is known for being very bold and brave in all her work, and I must say her portrayal of churches, crucifixes and Malays playing nuns and vicars is ground-breaking enough for our very kolot industry and the censorship board boys. Way to go Erma! 10 years ago, Hani Mohsin playing a soldier in disguise as a Buddhist monk kicked up such a ruckus.

On the whole, I wish the drama could have been based on human issues rather than as in the case of Aminah crying out to Adeline, “I cannot have Natrah taken away from me because she is now a Muslim, who will teach her to pray, to fast?” Adeline was sensible enough not to have told yelled back, “that’s YOUR problem, really!” Because in this version of the story, it DID appear that Aminah was wrong for not returning Natrah to her lawful natural parents, whatever their religion was. I wished there could have been a heart-to-heart talk between the two mothers. Adeline obviously had trusted Aminah once to take care of Natrah, they must have had a special enough relationship there, and now that it had come to this, I would imagine Adeline trying to appeal to the person inside Aminah to understand her plight.

OK said too much already. All in, I’m glad I got the chance to watch Natrah, and I think Erma needs a huge pat on the back for pulling this off. A lot of people seem to have really enjoyed it too, and if this is anyone’s first taste of theatre, Erma has done her bit to contribute to the growing pool of theatre-goers we so badly need.
Posted by tiara jacquelina at 00:17

i totally agree with you Tiara. The emphasis was too much on religion rather than plain love that one feel towards a child whom she took care for like what..8 years. the were few odd moments, one of which as pointed out where Aminah who professed her frustration over the difficulty to meet with Natrah at the convent.."susah sampai kena isi borang..." could easily give away time for Mansor and Natrah to get to know each other. It kills the mood. Tiara, i like the way you carefully chose your words to describe and present your views..tactful and kind. Nevertheless to Erma ..keep it up.

a very well piece of thoughts

i felt so regretful bcoz i didnt manage to watch NATRAH since i'm spending my hols in Kuching. sigh.

Quote of the Day

It is not the critic who counts, nor the man who points out how the strong man stumbled, or where the doer of deeds could have done them better. The credit belongs to the man who is actually in the arena, whose face is marred by dust and sweat and blood; who strives valiantly; who errs and comes short again and again; who knows great enthusiasms, great devotions; who spends himself in a worthy cause; who, at the best, knows in the end the triumph of high achievement, and who, at the worst, if he fails, at least fails while daring greatly, so that his place shall never be with those timid souls who know neither victory nor defeat. 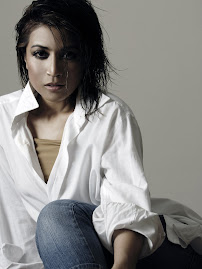 photo by Chris A